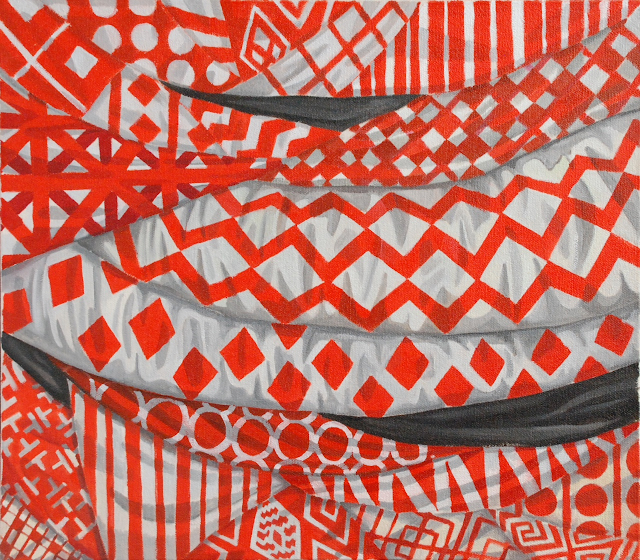 After only 24 hours in the air, a squall line knocked the Shenandoah Zeppelin out of the sky and scattered it across the hills of Noble County, Ohio in 1925. This brief and minimally tragic event is to this day memorialized in cities like Ava, Ohio where you can visit roadside attractions such as the Shenandoah Memorial Trailer, and Wreckage Site Number 3. It is the tendency of people in small or remote towns to memorialize bits of their history with a fervor and enthusiasm that outweigh the events and towns themselves. 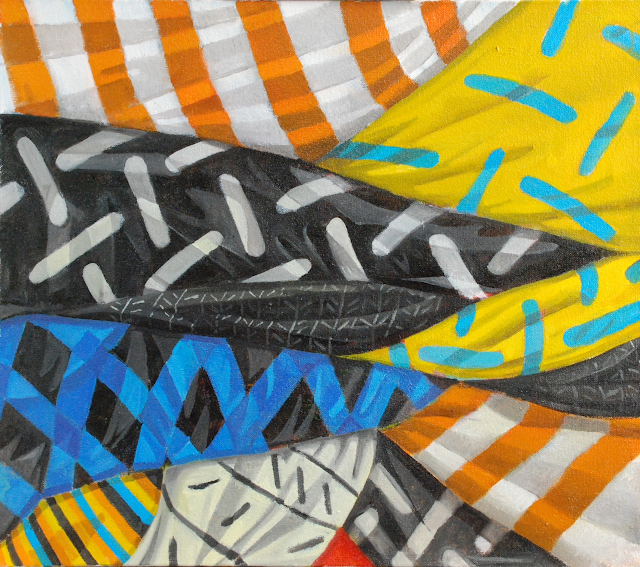 In Squall, Michael Stillion's third exhibition at 1305 Gallery, the artist relates to the act of creating history, mythology, and mystery from fragments of things left behind and the chatter which these objects still perpetuate. While endowing swathes of clothing or bits of an armature with a power borrowed from the rich compositions of old master portraiture, rags drape figures in the artist's work that while hidden and muted cry out raucously. Whether detailed in colors and forms on canvas or assembled paper constructs, the works belie the feelings of fear, winsome comedy, and struggle that ultimately come from not wanting to be forgotten.

Stillion's use of vivid color and his deft, seemingly innate knowledge of how to apply paint to canvas endow his subjects with reanimated new life. He lends this same approach to his cut-paper collages, working with swatches of colored paper as though they were pieces of the myriad reflection of the final image. There is personality and humor hidden in the mystery, and like the way collected objects take on the attributes of the collector and vice versa, over the years we have seen both the artist and the work transformed. Squall hints at magic in it's storytelling, like a puppet that suddenly gains form and begins to dance, or sunlight revealing folds and color in a washed out sheet hung on the line.

Join us this Final Friday for a catered reception with the artist whose work we graciously welcome back to 1305's walls.
For more information about the artist please visit his website: www.michaelstillion.com