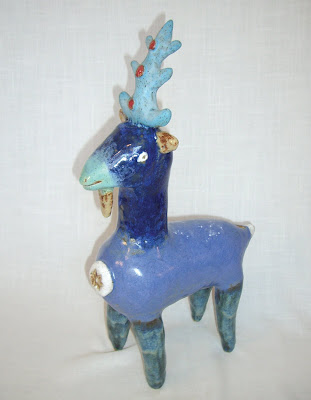 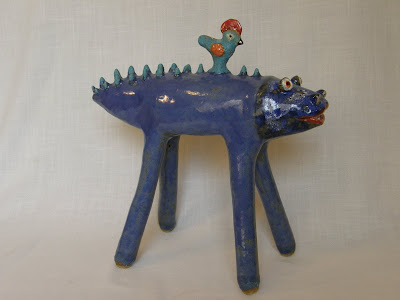 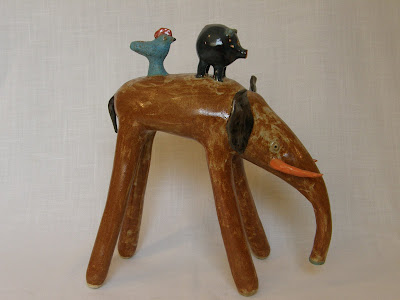 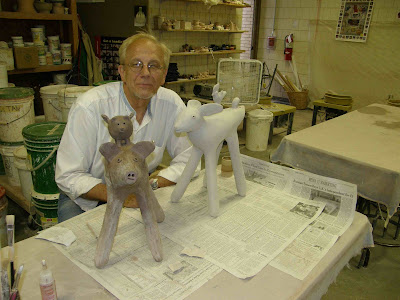 Jerzy Barankiewicz is a San Diego via Poland transplant to Cincinnati, having moved to the Queen City 7 years ago to work as the Director of Clinical Research at the Molecular Research Center Inc., of Cincinnati.

Although he started making ceramic work 40 years ago in Poland, his career as a scientist put a halt to his artistic ventures. It was after moving here to our city that Dr. Barankiewicz started working in clay again.

His work is greatly influenced both by his own collection of clay sculpture and native crafts from around the world, and by what seems to be a natural interest in folk art. Much of his work reflects an interest in folk art made in the midwest in the 19th and 20th centuries by European immigrants and their descendants. In other bodies of Jerzy's work his interest in Native American pottery and symbolism is readily at hand.

Somehow despite what would seem to be an intensely busy and focused career, Jerzy, or Jurek as he is often called, finds time to be a prolific and visionary clay artist. He is a joy to be around, both charismatic and accented, and my only complaint would be that he has simply too much good work to choose from! It is a real pleasure to have Jerzy Barankiewicz and his amazing clay work in the gallery for the 6th anniversary of openings at 1305 Gallery.
Posted by Lily Mulberry at 11:46 AM